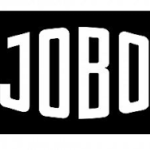 The dynamic range and tonal range of motion picture film is legendary. The velvet colors and soft look were important for simple copying of the film on positive film. Today the same characteristics make motion picture film easy to scan. Due to the increasing popularity of motion picture film JOBO has designed this special ECN-2 developer kit which has a yield of up to 30 films. The 2.5 liter kit includes a pre bath to remove the remjet layer, color developer, stop bath, bleach and fixer – all for the process in the JOBO processor. The stabilizer which should be applied in a separate bath outside the JOBO processor is also included.

All chemicals inside the kit have also been designed for use at 41°C to truly optimize the ECN-2 kit for rotary processing. When applied with constant agitation and precise temperature in a JOBO processor you will get the optimum your film has to offer. With absolutely no loss of color or detail. For your best image!